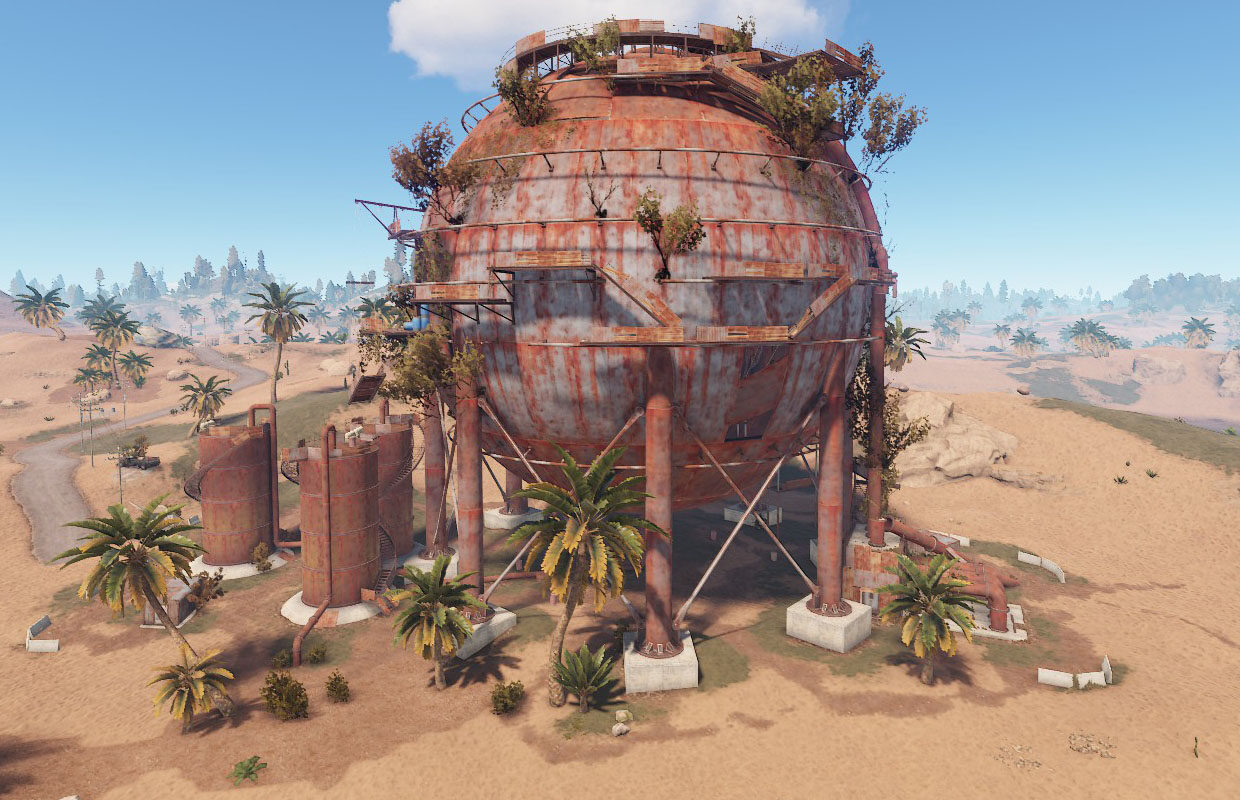 The “Sphere Tank”, more popularly known as the “Dome” is a monument found on procedurally generated maps in Rust. Coming in as one of the smaller and less lucrative destinations for players to visit, the dome has low levels of radiation and is also one of the only monuments that does not feature a recycler.

The dome can be identified by its unique features and general structure, setting it apart from the surrounding landscape. Surrounding the dome are a few other key features such as three large oil silos and various worn-down huts. Inside one of these huts you will find a small oil refinery where you are able to refine the crude oil that can be acquired from destroying the oil barrels found scattered around the monument. Each oil silo also has its own staircase, allowing players to use them as a vantage point when defending the monument against other players, and access the oil barrels at the top.

The entrance to the dome begins at the opposite side of the area that contains the monument, directly opposite the previously mentioned oil silos. To access to dome itself, you will find a large metal pipe attached to the dome, pushed diagonally into the ground below the dome. The pipe is essentially the beginning of the journey to the top of the dome, and the rest of the path is a combination of pipes and catwalks that you will have to navigate in order to reach the top.

The first layer of the dome includes a catwalk with handrails that runs right through the centre of the dome. Once in the middle, the catwalk opens into a large circular area with a panoramic view of the inside of the dome. 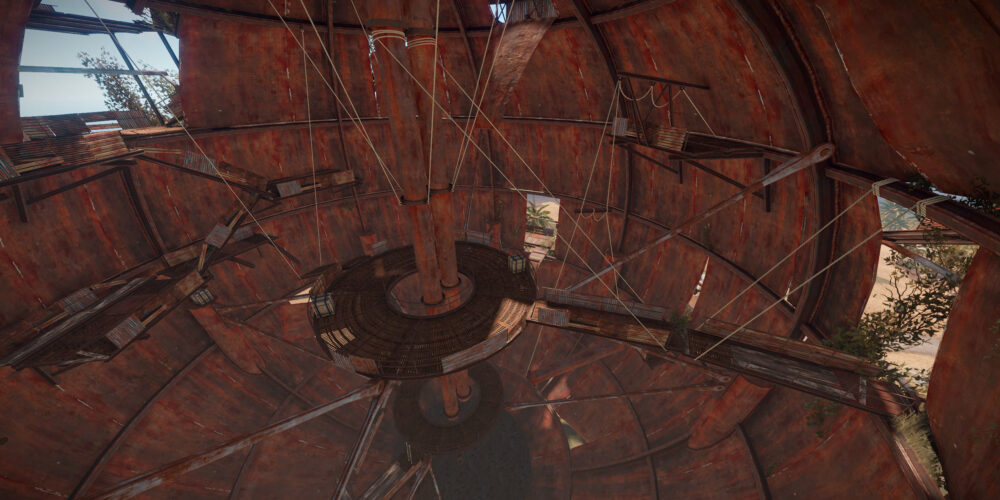 Continuing to the end of the catwalk, we begin our journey onto the second layer of the dome. The process for this layer is very similar to that of the first, however this is where the most difficult of the jumps resides. Failure to make this jump could result in falling to the bottom of the dome and dying. Once past this jump, follow the path and you will find an upward-sloping ramp which leads to the third layer, and the top of the dome. There are four military crates at the top of the dome, which aside from elite crates, carry some of the highest-quality loot in the game. 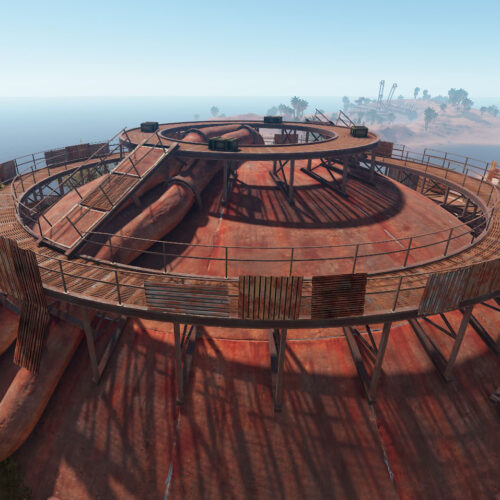 Descending from the dome can be done in the same manner as climbing it, although in the reverse order of which you came. The thin pipes stuck out at various points of the dome may offer layers many unique ways to find their own way down. A riskier route may be to go between the two giant pipes on top of the dome and walk backward as you descend, ultimately negating all damage that you might normally take.

While not all that exciting, the dome serves a unique purpose by offering players at the primitive and early game levels a chance to gain higher tier loot without the risk of venturing into more dangerous monuments.