The Airfield is a monument found on procedurally generated maps in Rust. The airfield is considered to be one of the most popular areas for players to explore as it provides various loot spawns and easy access to many utilities. This means that the airfield is frequently contested by players, despite the entire perimeter of the area being irradiated with low levels of radiation. 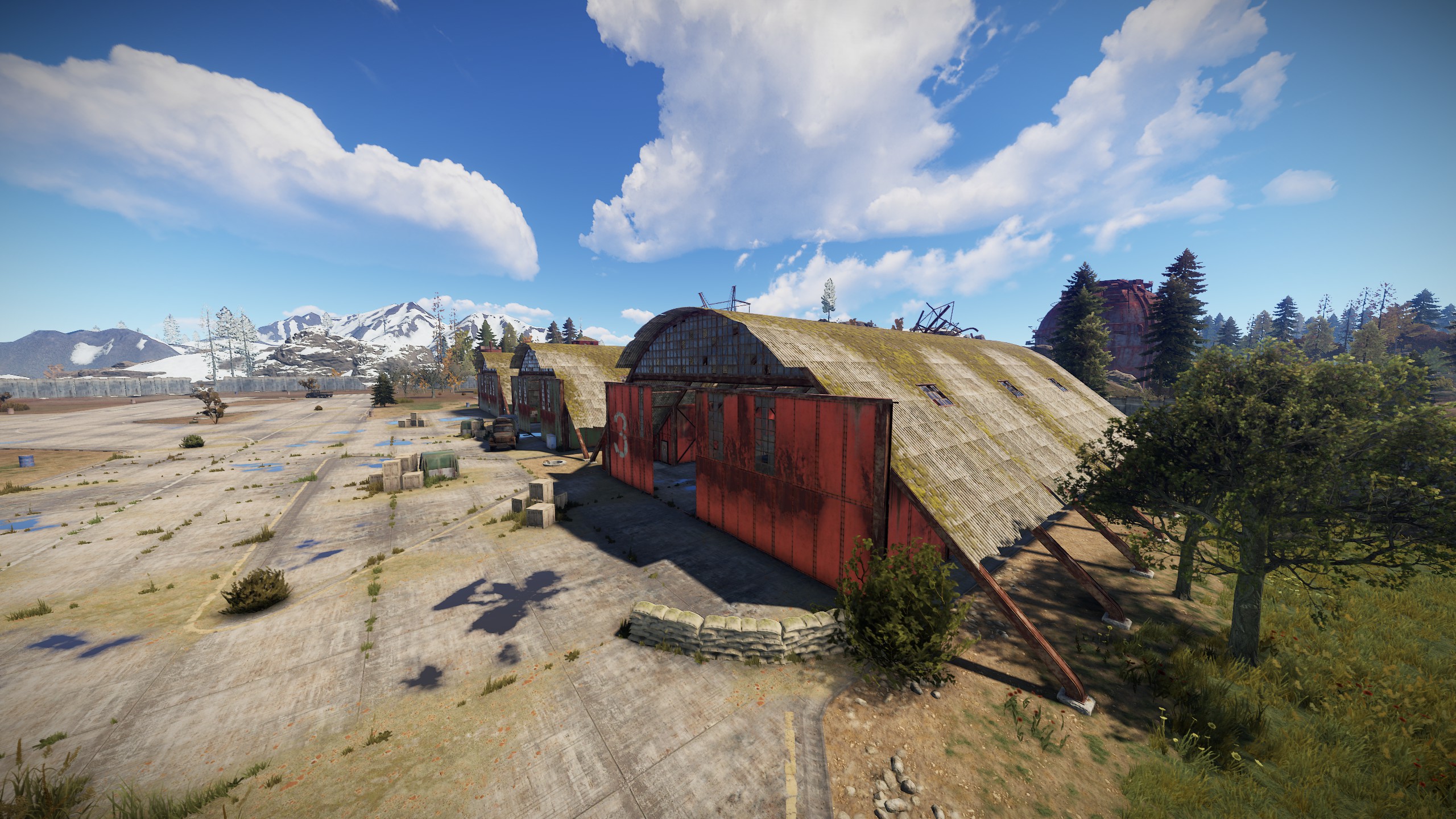 The Airfield spans across a large flat area. It features two runways, three hangars, an office and a watch tower. Multiple tunnels also span across various distances underneath the airfield, accessible by concrete entrances via a ladder. The buildings within the airfield are all easy accessible and can contain loot crates and barrels. In addition to this, the builds also provide access to a recycler, oil refinery, recycler and repair bench.

The airfield is an extremely good option when it comes to acquiring items as it contains a large variety of different spawns, ranging from trash cans, loot barrels and oil barrels to food, medical and military crates. On the outskirts of the airfield you will also find a mixture of trash cans, regular loot barrels and food crates.

The office is also an extremely good source of loot, although it has a lot of closed rooms and tight corners from which players are able to kill you from. To counter this, you can use the doors to your advantage whilst navigating around the office. Where possible, you should aim to drop from the top to the bottom floor using the holes in the floor present in some of the rooms. The office has quite a lot of normal loot crates, all of which are actually in the office rooms. A metal door opposite the entrance provides access to the oil refinery outside.

The furthest hangar from the warehouse generally contains loot crates and several oil barrels.  Inside the other two hangars and the office, you can generally expect to find wooden crates and military-grade crates. In addition to the above, the tunnels beneath the hangar contain multiple rooms, some of which contain mining crates, military crates and barrels. As you can see below, unless graphical changes are made, it is extremely dark in the tunnels and you may wish to bring either a weapon flashlight or a torch to mitigate it being dark. This will be both an advantage as you are able to see, but also a disadvantage as players hiding in the tunnels will know your exact location, so keep that in mind! 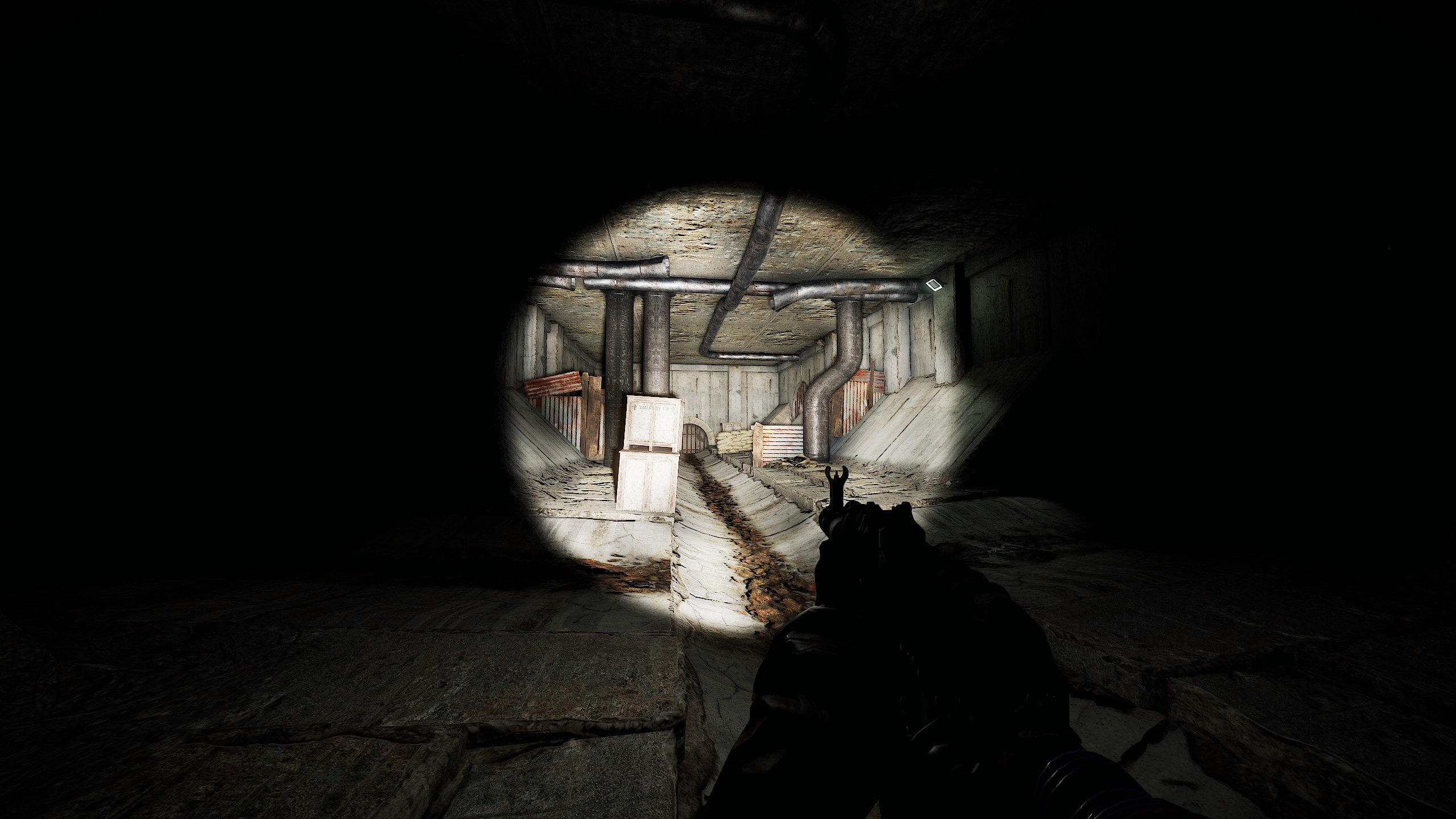